The Johannesburg Holocaust & Genocide Centre’s permanent exhibition, standing at over 420 m2, explores the history of the Holocaust and genocide in the 20th century through a thematic lens. The exhibition features nine dedicated spaces, including collections of photos, testimonies, films, multi-media and unique artefacts from the Holocaust and the 1994 genocide in Rwanda, with generous contributions from survivors and families based in Johannesburg.

Genocide: The Story of a Word

Genocide refers to violent crimes committed against groups with the intention to destroy their existence.

The word genocide did not exist before 1944. Previously, when acts of mass murder occurred, such as the slaughter of the indigenous populations of South West Africa (now Namibia) in 1904-7, there was no specific word to describe and define these crimes. Consequently, these mass murders went unpunished.

Here we tell the story of Raphael Lemkin and the coining of the word genocide. Despite acceptance by international law that genocide should be prevented, it still remains a challenge for the world today. 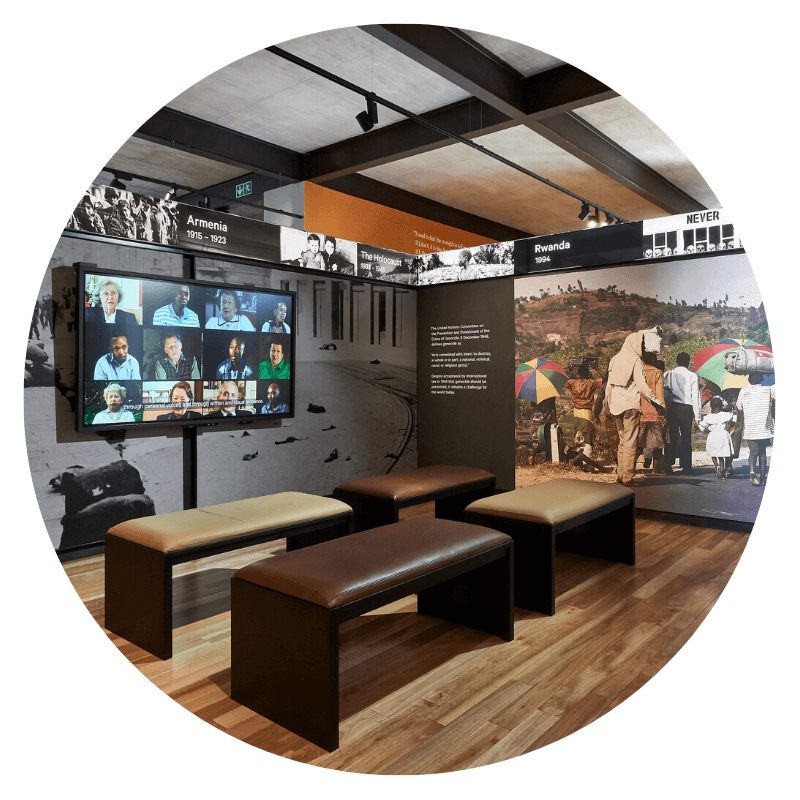 The Holocaust (Shoah) is the term for the deliberate, systematic, bureaucratic, state-sponsored persecution and murder of the Jews of Europe between 1933 and 1945. The persecution of Jews in Germany began with the rise of Nazism (1933) and intensified throughout Nazi-occupied Europe during World War II (1939-1945). In 1941, the Nazis made a decision to murder every Jewish man, woman and child in countries under their control.

Six million Jews were killed in the Holocaust by the Nazi regime and its collaborators. They were murdered not because of their beliefs or actions, but simply because they were Jews. Although Jews were singled out for annihilation, the Nazis also persecuted and murdered millions of other people during this period.

The Holocaust is a well-documented and unprecedented example of genocide. 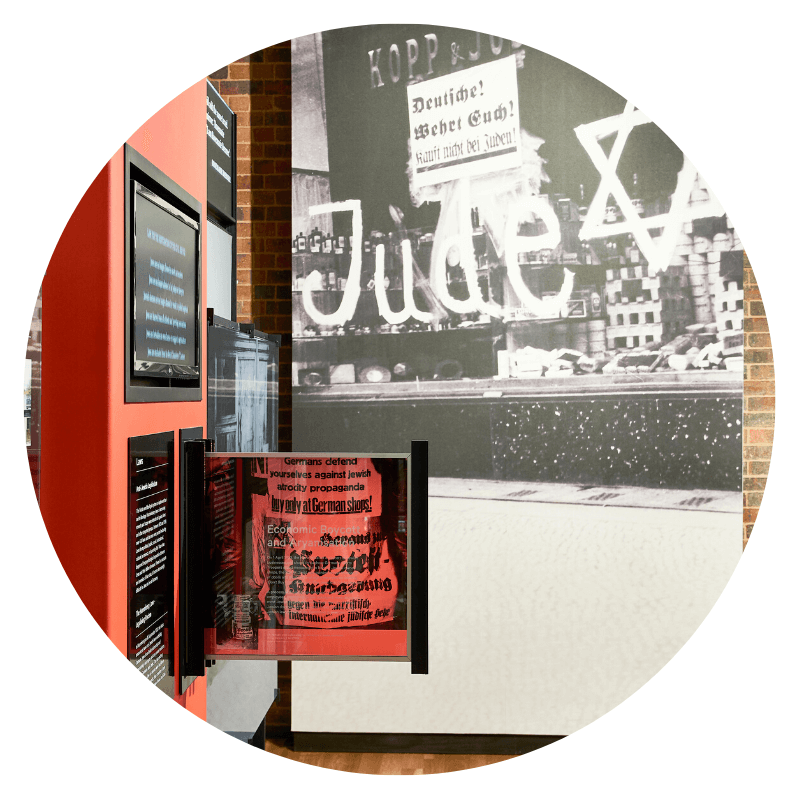 The 1994 Genocide in Rwanda

The 1994 genocide was a deliberate, intentional and systematic mass killing of the Tutsi population in Rwanda.

Historically, the country’s population was structured through social clans (ubwooko). During colonial times, the importance of so-called ‘ethnic’ identity was exaggerated, cementing the population into three groups. After years of tension and conflict, the increasing economic, social and political problems Rwanda faced in the 1990’s, caused Hutu radicals to blame the Tutsi minority for all the country’s problems.

On 6 April 1994, extremist government-led militias executed a long-planned campaign to murder all Tutsi – and anyone who opposed their genocidal plan. At least 800 000 people were killed in less than three months. Despite the passing of the Genocide Convention, and the commitment of the world to uphold ‘Never Again’, genocide happened yet again. 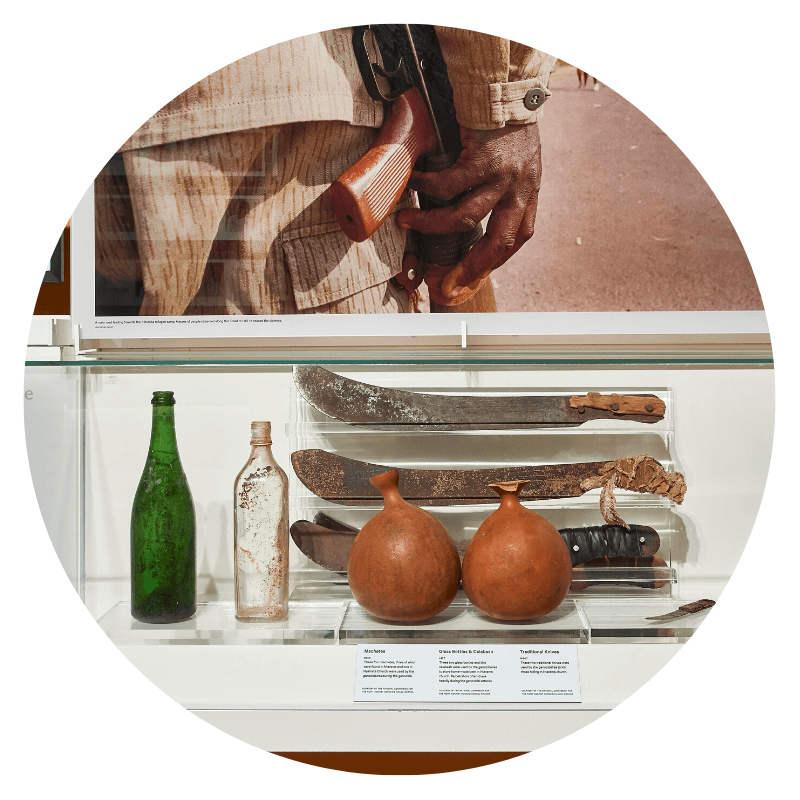 The garden of reflection features music and a soundscape by Philip Miller, in collaboration with a group of survivors of the Holocaust and of the genocide in Rwanda. The composition draws on testimonies as well as the songs and sounds that survivors’ associated with the telling of their stories during workshops held in 2016. 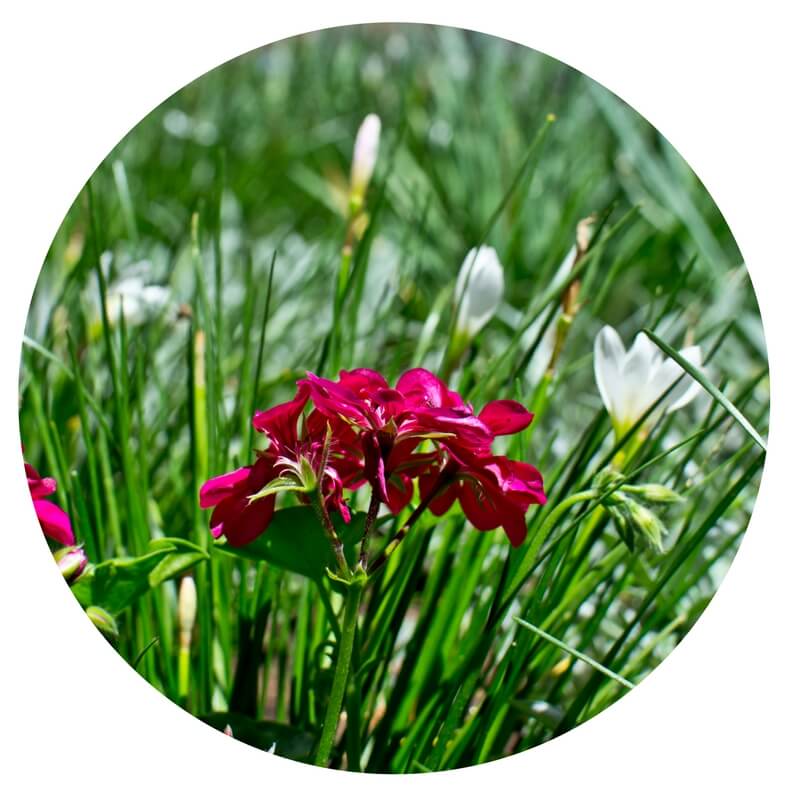 The JHGC is dedicated to promoting awareness of the racism, xenophobia and hate speech that still plague our society today. In our final installation we look at the issues we still face today, focusing in particular on xenophobia in South Africa through the lens of photojournalists James Oatway and Alon Skuy. 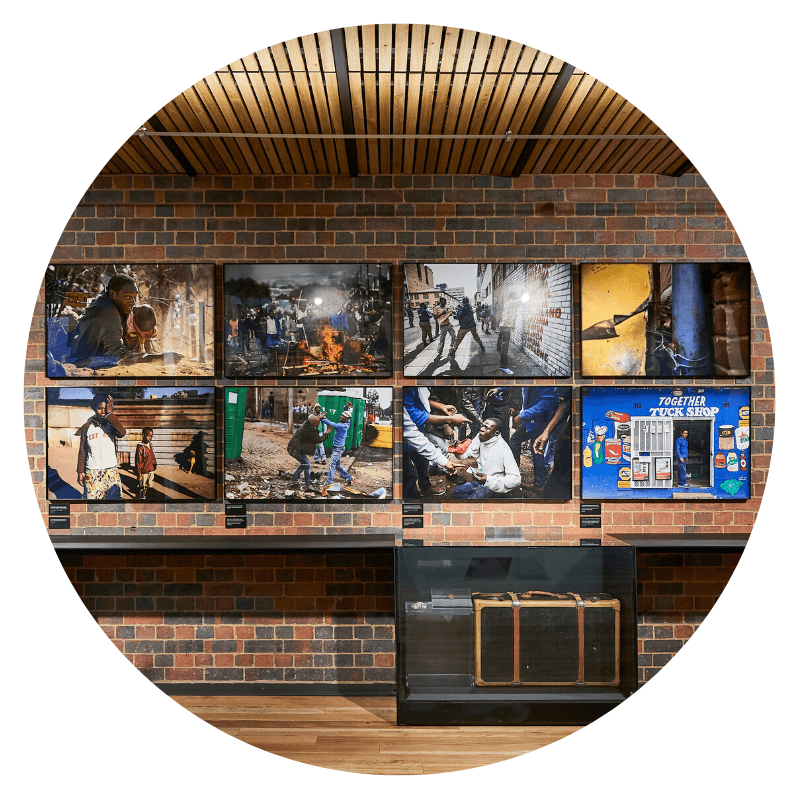